20th Century Ghosts: The Deluxe Special Edition
by Joe Hill
A New Special Edition from LetterPress Publications!
Slipcased Limited Edition to be limited to exactly
the number of copies preordered between April 6 and April 30!

As many of our collectors wrote us after receiving their copies of Revival from Brian James Freeman's LetterPress Publications, Brian packs a ton of value into his special editions. The price-to-features ratio is crazy!

Today, we're pleased to report we will be getting copies of the new LetterPress Publications signed and slipcased Limited Edition hardcover of 20th Century Ghosts by Joe Hill, which is being offered as a "Preorder Only Limited Edition," meaning the orders received between April 6 and April 30 will set the print run!

This could easily have the lowest print run for any Joe Hill collector’s edition in many years. This is also the first of several projects by Joe Hill that LetterPress Publications has in the works, and the print run for this book will set the print run for the others. Please place your order now to get in on the ground floor of what is sure to be an extremely collectible set of books, so you don’t miss out!

From New York Times bestselling author Joe Hill comes this award-winning collection of short fiction that launched him into the bright lights of the literary world's big stage fifteen years ago.

Imogene is young, beautiful... and dead, waiting in the Rosebud Theater one afternoon in 1945...

Francis was human once, but now he's an eight-foot-tall locust, and everyone in Calliphora will tremble when they hear him sing...

John is locked in a basement stained with the blood of half a dozen murdered children, and an antique telephone, long since disconnected, rings at night with calls from the dead...

Arthur Roth is a lonely kid with big ideas and a gift for attracting abuse...

Nolan knows but can never tell what really happened in the summer of '77, when his idiot savant younger brother built a vast cardboard fort with secret doors leading into other worlds... 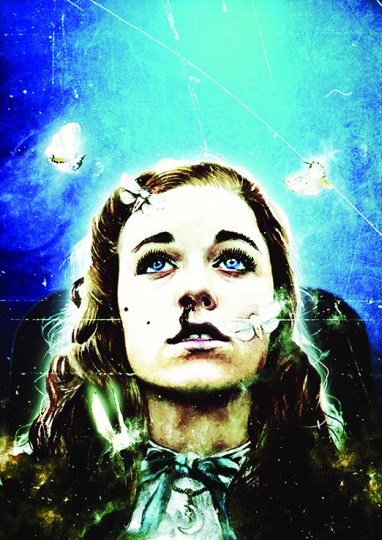