About the Book:
"I dream I am flying over forests, then seas, then cities. Then I am swooping down firing my guns at people. They run through the streets like frightened sheep, but I roar at them, kill them with my guns. When I have no more bullets my wings become scythes that cut them down ."

The dying days of WW2: Nazi secret weapons draw lines of fire in Germany's skies. In the depths of a forest the pilot of a ME163 rocket-plane battles not only the formations of allied bombers but a creeping menace that invades both his body and his mind.

Simon Clark lives in Doncaster, England with his family. When his first novel, Nailed by the Heart, made it through the slush pile in 1994 he banked the advance and embarked upon his dream of becoming a full-time writer. His subsequent novels include Blood Crazy, Darkness Demands, Death's Dominion and The Night of the Triffids, which continues the story of Wyndham's classic The Day of the Triffids. His revival of the wickedly ambulatory Triffid plants won the British Fantasy Society's August Derleth Award for best novel. He also created and co-presented "Winter Chills" for the BBC TV. His latest book from Severn House is The Midnight Man, a story of ghosts, madness and murder that features Vincent Van Gogh during one of the most turbulent periods of his life in 1888. Simon also experiments in short film, one of which, "Dear Simon, Where Do You Get Your Ideas From?" has been featured in the UK's Channel 4 ShortDoc series, and earned the accolade "the ultimate in TV democracy."

Limited Edition is Sold Out / Out of Print!

The deluxe Lettered Edition of this book is currently with our traycase manufacturer who will begin building the traycases as he catches up on the projects we've sent him. We will update this page as the Lettered Edition progresses through production. Thank you for your patience. 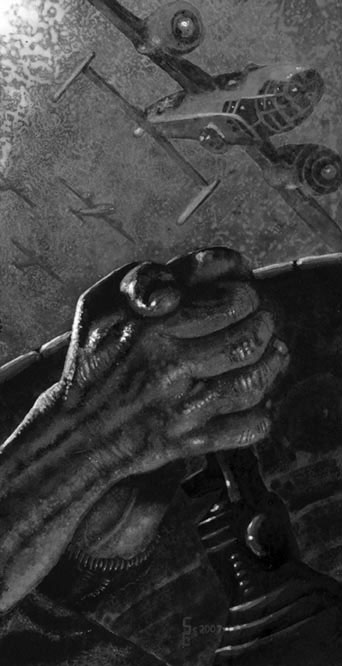